This Domain is for Sale! Contact admin@techmoneyblog.com for more details.

Menu
It’s time to secure your accounts, start creating strong password combination to avoid being hacked. Hackers are always around us and we don’t know when to strike and crack our valuable accounts. 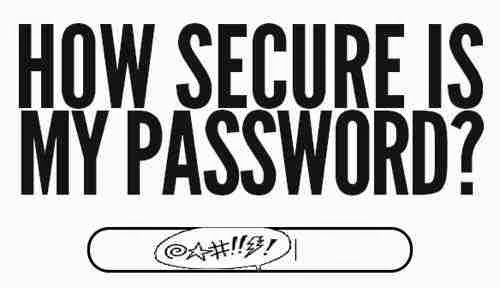 Password strength measures its effectiveness in resisting common attacks such as guessing and brute-force.In its regular structure, it appraises what number of trial an attacker who does not have direct access to the secret key would require, on average, to figure it correctly.The Strength of a password is a function of length, complexity, and unpredictability.

In order to build a strong password, it must be never below 8 characters. As the attacker uses brute-force on your account which is just trying to every possible combinations, the time taken by brute-force to crack your password increases exponentially in every password character added. In short, the longer the password you created, the lower the risk of your account to be hacked through brute force. But the problem for lengthy password is that it might be hard to remember so as a rule of thumb, strong password should be minimum of eight characters. On average, it will just take few minutes to crack 6 character password while 8 characters will take days or weeks. Password which is over 8 characters is considered safe from hackers assuming that the attacker doesn’t spending huge amount of money for supercomputer.

Aside from using 8 character password minimum, character combination is also important to consider, that is why some web site would require you to include numbers or special characters to your password.But because we want our password to be easily memorized, the usual combination to most passwords are having  numbers such as 123, for example “name123 or 123name” which is definitely not safe.In case someone in your circle of friends has an interest to get into your account for whatever reason, assuming that they knew your personal information such as your name, birth date, etc., they would probably try those possible common password combo to accessing your account. In my case when I was in college, my friend was accessing my account without my permission because I was using common password combination, he was just guessing the possible combinations of my password and managed to access my account and it took about weeks before he told me that he was using my friendster account to view the profile of his ultimate crush, it sounds crazy but he said that he did not wanted her crush to notice him stalking that’s why he was using my account. So if you are still using those common passwords, change it ASAP.
Instead of using character combination like for example “Password123” which is very common, try to make some twist like “drowssap123” to make it hard to predict. There are software that automatically scan possible password combination using dictionary. “Password123” could have a chance to be detected by this software compare to “drowssap123 or drowssap123” which is unpredictable and not listed word in the dictionary. In order to ensure password strength against hackers, your password must be a combination of numerical, special characters, and upper and lower case or small and capital letters example “<DrowssaP123>”.

You can test your password strength HERE or HERE

Continue reading on Ways to Prevent Accounts from Getting Hacked…

Very strong password combination would take the hacker to crack about thousands of years or even millions.

* Your personal information will be safely stored in our database. We do not share or sell this information to anyone.